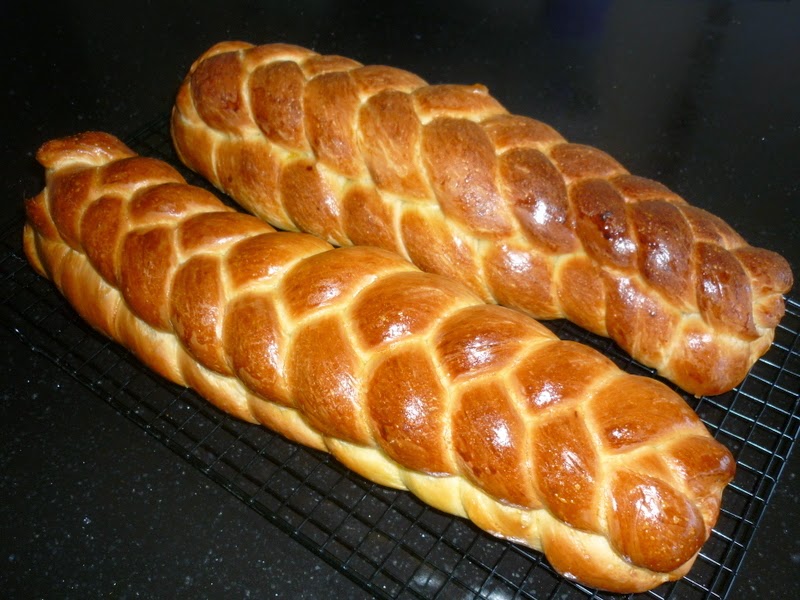 This month Carola of Sweet and That's It managed to sneak in two challenges for us "Back to the Future, Buddies", by advising us to try not only the original "Bread Baking Babes" recipe but another one as well. To be able to compare both loafs, or just to be able to eat LOADS of this lovely, very rich bread (that doesn't keep that well)? Just don't think about the amount of butter that goes in ....


I'll cover the second recipe in a separate post, but here's a sneak preview, modelled by our gorgeous black lab Jingles.
Back to the first recipe which was originally posted by Bread Baking Babe Sara of I like to cook in October 2008. It looks really impressive, but is fairly simple: two three-strand-braids on top of each other. The top braids do tend to slip off during proofing, but that is about the only thing that can go wrong. And oh, NEVER brush the loafs with egg yolk before the second rise. It will stick horrendously to whatever you cover it with ... (lesson learned).

Mix all ingredients -but the egg yolk/water mix- by hand, (stand) mixer or bread maker. Knead until the dough is smooth and elastic. Cover and leave to rise at room temperature for approximately 75 mins. The dough should double in size.

On a lightly floured surface divide the dough in half (to make two loafs) and every half in two/thirds and one/third. This is best done by weighing the dough pieces. Then divide all dough pieces equally in three. (See picture 1). While dividing, rolling and braiding one loaf, cover the dough for the second one. Roll out the smaller dough pieces into 45 cm ropes, the bigger ones into 55 cm ropes (picture 2). Start braiding the longer ropes tightly (picture 3) and tuck under the beginning and end bits. Place the braid on a baking sheet covered with baking paper. Now braid the shorter ropes and place the braid nicely on top of the other one. Braid the second loaf and place it next to the first one on the baking sheet. Cover the baking sheet with plastic foil or place the baking sheet in a large plastic bag and leave to rise at room temperature for another hour. Then brush the loafs with the egg yolk/water mixture and bake in a preheated oven at 180 (fan) for 20 mins. Lower the oven temperature to 140 (fan) and bake for another 10 mins. (The internal temperature should be 93C.) Leave to cool on a wire rack. 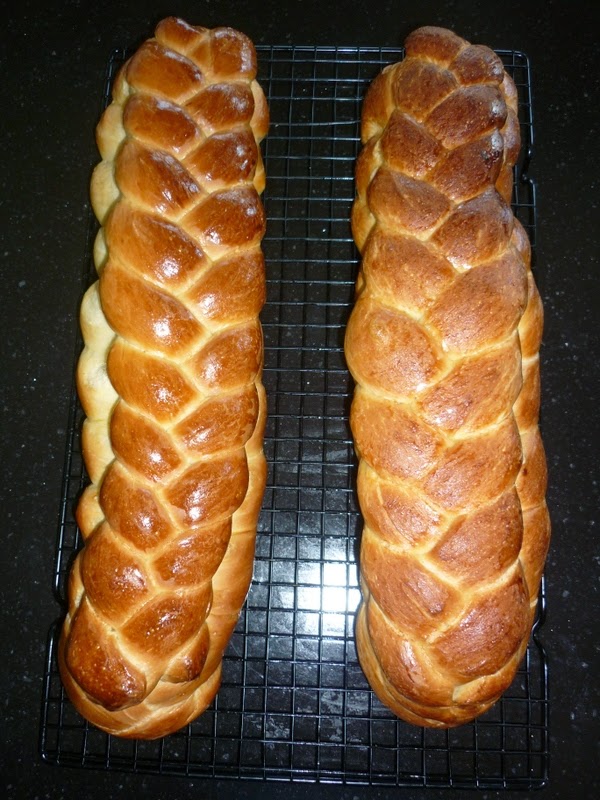 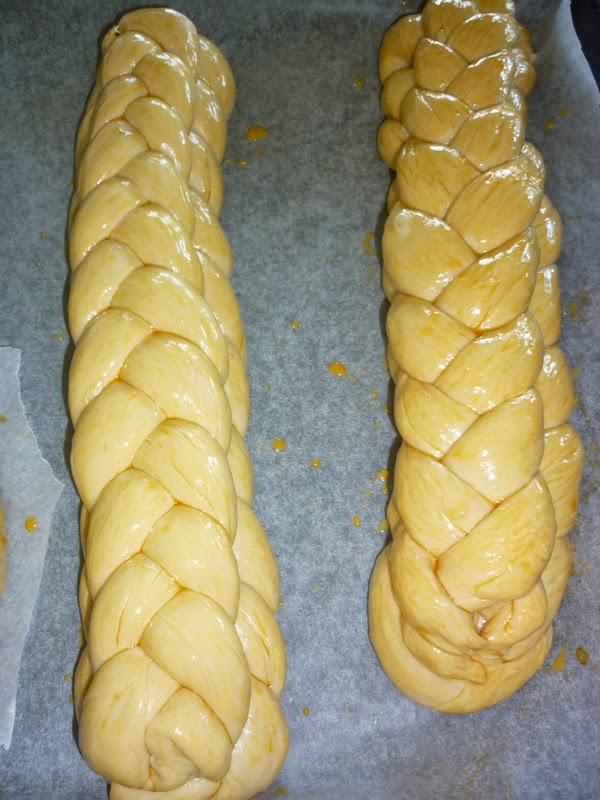 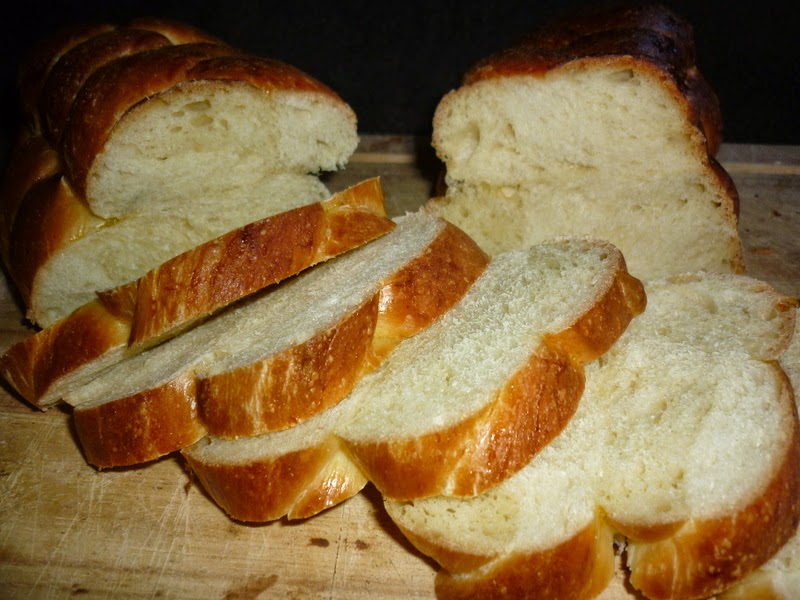 Claire
Exchanged busy city life in the Netherlands for a Scottish loch side kitchen with the best view ever! And so much more time on my hands ....